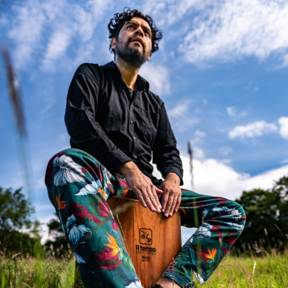 Jose Rojas is a Chilean musician and researcher based in Edinburgh with a Music degree from the Universidad de Chile.
Jose is one of the tutors of the project “Musician in Exile”, where is provided musical support to refugees and asylum seekers in the city of Glasgow. Also he runs the Project “Cajones in the Neighbourhood”, and co-lead the From the SUR project, this last one focused in the dances and music from South America including the building of the percussion instrument called Cajón. His projects has been funded by the Edinburgh Festival Carnival, and the Diversity and Inclusion fund of the Edinburgh Council.
Likewise, Jose is part of the Bristol Branch band, The Others, Latina Turner Salsa Band, the Ché Caré Trio, all of them from Edinburgh; he is the percussionist of En Tu Contra band from Chile and the composer of the “Casi” contemporary circus and physical performance company, directed by Gabriel Ávila in Montpellier, France.
He coordinates the website Kuriche.cl, which is dedicated to the Chilean Afro-culture and is co-author of the book “Danza Afro en Chile: abriendo caminos” [Afro Dance in Chile: opening pathways]. In 2020 he launch his first electronic production Fuera de Sitio [Out of Curfew] by Pueblo Nuevo Netlabel. 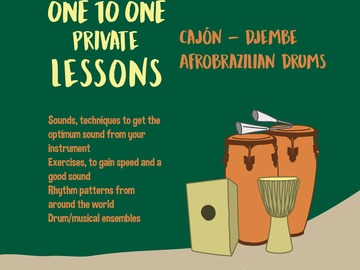